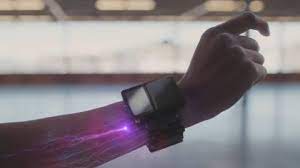 Facebook is already leaps and bounds ahead of the VR game with its groundbreaking Oculus Quest 2 wireless headsets, and it's got serious ambitions in the augmented reality space too. In an online "Road to AR glasses" roundtable for global media, the Facebook Reality Labs (FRL) team laid out some of the eye-popping next-gen AR technology it's got up and running on the test bench. It also called on the public to get involved in the discussion around privacy and ethics, with these devices just a few scant years away from changing our world as completely as the smartphone did.

Presently, our physical interactions with digital devices are crude, and they frequently bottleneck our progress. The computer mouse, the graphical user interface, the desktop metaphor and the touchscreen have all been great leaps forward, but world-changing breakthroughs in human-machine interface (HMI) technology come along once in a blue moon.