Direct Laser Propulsion For Earth-Mars in 30 Days and Eventually 2.5 Days 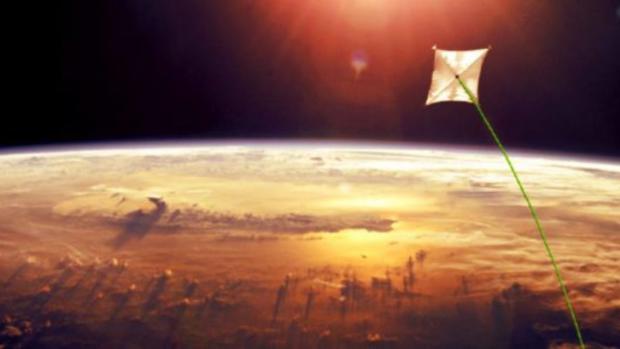 Phil Lubin's direct laser propulsion group received a grant and they will use to prove out their directed laser propulsion system at the 10-20 watt level. They are also working on components at the kilowatt to tens of kilowatt level. The plan would be to scale to tens of kilowatts and work towards power beaming to the moon for experiments. In 5-10 years, they hope to reach megawatt levels.

If they reach 500 megawatts then direct laser propulsion could be used for 30 day transit times to Mars. When the system scales to the gigawatt or tens of gigawatt level with a matching deceleration and launching system on Mars this would enable 2.5 day transit times between Earth and Mars. Increasing or decreasing mass by 10,000 times changes the speed by 10 times. A 100-gram package could sent ten times faster than a 1000 kilogram package using the same size laser array and power system. You could send a 1000 kilogram mission to Mars in 30 days or rapidly deliver an urgent package of 100 grams to Mars in about 3 days.

This system for urgent delivery of tiny packages with 1G acceleration and deceleration would be feasible in the 10-20 year time frame.