> US military paid scientist to build 'physics-bending weapon for wars with UFOs' - pirateswithoutborders.com 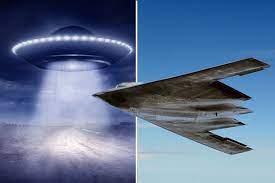 The US Department of Defence has poured hundreds of thousands of dollars into the development of a 'Space-Time Modification Weapon' that will ensure battlefield supremacy by bending the laws of physics.

While the concept might seem like something dreamed up by tinfoil-hatted conspiracy theorists, the US military has a long history of dabbling in research that sounds like science fiction.

The radar-invisible F117A Nighthawk and its flying wing cousin the B2 Spirit still look like something from a Star Wars film despite both designs being around 40 years old.

This new initiative is based on the work of controversial scientist Dr Salvatore Pais.