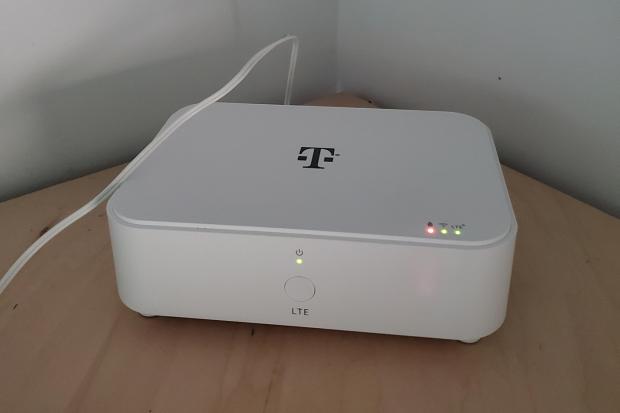 About six weeks ago I started testing T-Mobile Home Internet. At the time it was part of a pilot program that hadn't fully rolled out yet, and it was priced at $50 a month. Now it's official, but not quite the same bargain: The monthly rate now is $60 (with autopay, otherwise it's $65). That's definitely less competitive and less appealing than before, but it's still exciting to see another player in the home-internet space.

In the interim, I cancelled my Comcast internet service, which had been billing at $106. Did I make the right call? Have I encountered any major problems with T-Mobile? What's the overall experience like as an end-user, and would I recommend it to others?

Here's everything you need to know about the service, including things I've learned during my first month.

Editors' note: A version of this story first posted in February. It has been updated with additional impressions and new details on the service.

When I first learned that this was available in my area, I was overjoyed. (Though limited initially, T-Mobile Home Internet is now available to some 30 million US residents, including 10 million in rural areas.) I've been with Comcast for years, angrily watching my bill tick up and up and up. My only other broadband option is AT&T, and there's some bad blood there. Not gonna happen.

T-Mobile's deal sounded almost too good to be true: unlimited high-speed service for a flat $50 -- equipment, taxes and fees included. The promise of "no rate hikes" has also proven true, after a fashion: I'm grandfathered in at that $50 rate, but newcomers will pay $60.