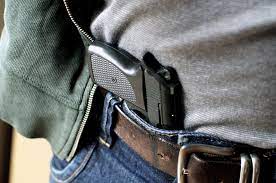 The nation's highest court overruled handgun bans in Washington and Chicago in 2008 and 2010 in two blockbuster cases that affirmed the rights of Americans to possess guns in their homes but left unanswered questions about carrying in public. The court has largely skirted that and other Second Amendment issues since then.

In that time, the court has grown more conservative and several of the justices have signaled a desire in dissents to address unresolved questions about gun rights. Former President Donald Trump's three nominees to the court have given conservatives an ostensible 6-3 edge, assuming the justices break along ideological lines.