> CAMPUS CAM New bill could allow students to RECORD college professors and use tapes against them - pirateswithoutborders.com 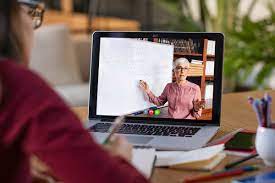 HB233 would allow recordings of lectures for students' "own personal educational use, in connection with a complaint to the public institution of higher education where the recording was made, or as evidence in, or in preparation for, a criminal or civil proceeding."

However, that evidence is prohibited from going public without the professor's consent.

"A recorded lecture may not be published without the consent of the lecturer," according to the language of the bill, as first reported by Fox News.

The bill also wants to keep various freedoms for students to observe their beliefs no matter their politics.

Students would be ensured "intellectual freedom and viewpoint diversity" on college campuses, and encouraged to learn "a variety of ideological and political perspectives."