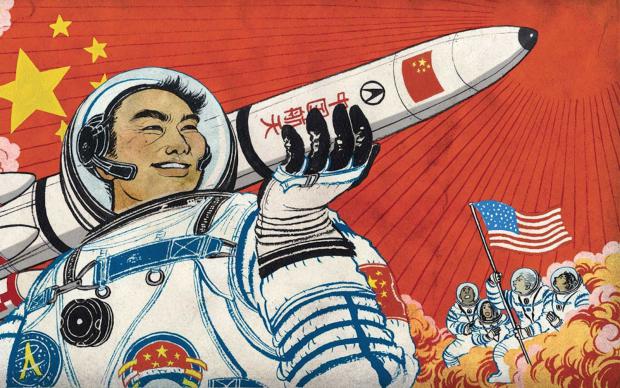 The Tiangong Space Station, large modular space station, is designed to be used for 10 years which could be extended to 15 years and will accommodate three astronauts. It will likely be about 60 tons.

The ISS is larger, Mir was larger and Skylab. Skylab was 76 tons and launched in one piece by a Saturn V.

The Chinese module was launched on a Long March 5B rocket.