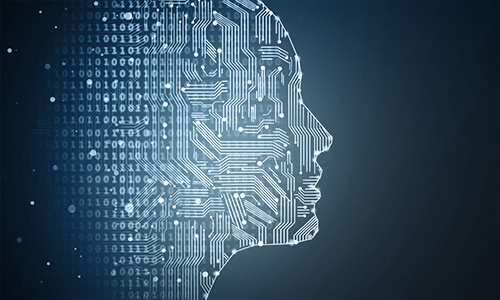 They can still think about doing so, though, and those thoughts could allow them to type out messages via a new brain-computer interface (BCI).

Developed by a Stanford University-led team of scientists, the setup incorporates two implanted arrays of electrodes. These monitor the electrical activity of approximately 200 neurons in the brain's motor cortex, which controls hand movement. Even when a patient can't move their limbs due to a damaged spinal cord, that region of the brain is still capable of producing the same signals that it did before.

The system was tested on a 65 year-old quadriplegic male volunteer who had previously suffered a spinal cord injury, and who had received the electrode implants. For the study, he was asked to imagine writing all 26 letters of the alphabet in lower case – with a pen and paper – as each one was displayed on a computer screen. Along with the letters, the participant also thought about writing the punctuation symbols > and ~ which represented a space and a period, respectively.

As he did so, a machine learning algorithm on the linked computer established which patterns of neural activity corresponded to which letter or symbol. When the volunteer subsequently thought about writing that character, the computer was thus able to identify it, and responded by displaying it on the screen.

In this way, the man was able to type out complete sentences one letter at a time. Importantly, he was able to do so at a typing speed of about 90 characters per minute, which is approximately the rate at which someone his age could compose a text message on a smartphone. By contrast, on existing BCIs that require paralyzed users to mentally move an onscreen cursor to compose messages, a top speed of only about 40 characters per minute is possible.