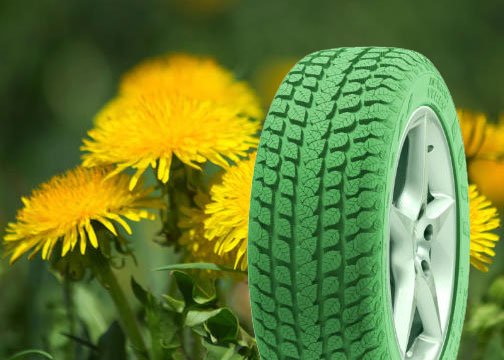 A major tire company in Germany has partnered with the University of Aachen to produce dandelion rubber tires in a bid to cut back on landfill waste, microplastic pollution, deforestation, and economic shortcomings related to rubber tree cultivation.

While the concept of "dandelion rubber" seems like a Harry Potter spell waiting to happen, as mentioned previously, it was actually developed by the Soviet Union in their quest for self-sufficiency.

Reporting from DW tells the story of a scavenger hunt across the largest country ever, and the testing of more than 1,000 different specimens before dandelions growing in Kazakhstan were found to be a perfect fit.

Previously, the world used the rubber trees, mostly Hevea brasiliensi, from Brazil, but during the Second World War the major powers of the USSR, UK, US, and Germany, were all cultivating dandelions for rubber manufacturing.

After the war ended, demand and supply gradually returned to Brazil and eventually to synthetic tires made from petrochemicals.