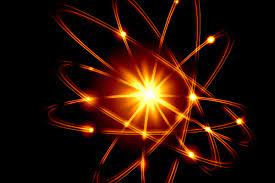 China's Experimental Advanced Superconducting Tokamak (EAST) is one of a number of promising nuclear fusion research devices in operation around the world, and over the past few years we've seen it take some impressive steps forward. Chinese state media is now reporting that scientists working on the project have achieved a new world record by holding plasma of 120 million degrees Celsius for 101 seconds in their latest round of experiments, edging closer to the long-pursued goal of clean and limitless energy.

The idea behind nuclear fusion research is to recreate the process that the Sun uses to produce monumental amounts of energy, where intense heat and pressure combine to produce plasma in which atomic nuclei fuse at incredible velocities. Scientists are working with a range of experimental devices to trigger and study these reactions here on Earth, but experts consider donut-shaped tokamaks, like the EAST at China's Hefei Institutes of Physical Science of the Chinese Academy of Sciences, the most promising approach.