> HyperPort would fire shipping containers around at transonic speeds - pirateswithoutborders.com

HyperPort would fire shipping containers around at transonic speeds 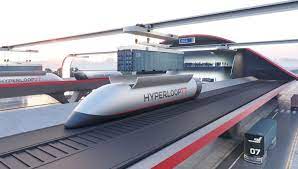 The whole thing would be like a giant cargo-carrying version of the pneumatic tube systems that once blasted thousands of messages around every hour, back when things were all black and white. As long as those things were around, innovators dreamed of one day building scaled-up versions big enough to move passengers and cargo. The hyperloop dream, of course, takes it all to the next level. Mag-lev rails eliminate rolling resistance, and hundreds of kilometers of sealed tubes would be vacuum-evacuated to nearly eliminate air resistance. Thus, most of the energy you use to accelerate a capsule up to supersonic speeds (don't worry, there's not enough air in there to create a sonic boom) can be recovered at the other end with minimal losses. Super-fast, super-efficient and pretty damn cool.