> Billionaire Richard Branson reaches space in his own ship - pirateswithoutborders.com

Billionaire Richard Branson reaches space in his own ship 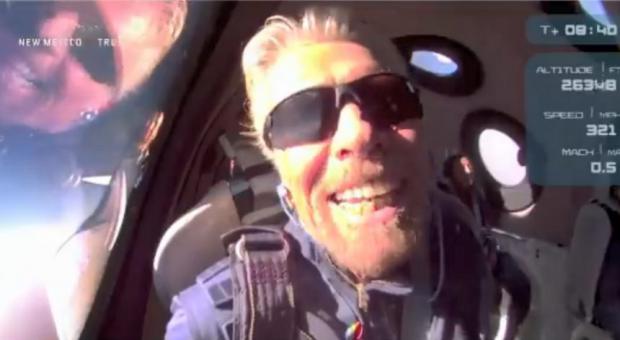 TRUTH OR CONSEQUENCES, N.M. (AP) — Swashbuckling entrepreneur Richard Branson hurtled into space aboard his own winged rocket ship Sunday in his boldest adventure yet, beating out fellow billionaire Jeff Bezos.

The nearly 71-year-old Branson and five crewmates from his Virgin Galactic space tourism company reached an altitude of about 53 miles (88 kilometers) over the New Mexico desert — enough to experience three to four minutes of weightlessness and see the curvature of the Earth — and then safely glided home to a runway landing.

"Seventeen years of hard work to get us this far," a jubilant Branson said as he congratulated his team on the trip back aboard the sleek white space plane, named Unity.

The brief, up-and-down flight was intended as a confidence-boosting plug for Virgin Galactic, which plans to start taking paying customers on joyrides next year. 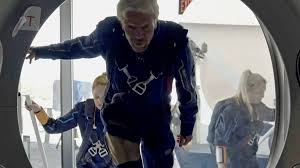