> "Tear Up The Streets, Not The Planet" - Dodge To Unveil World's First Electric Muscle - pirateswithoutborders.com

"Tear Up The Streets, Not The Planet" - Dodge To Unveil World's First Electric Muscle 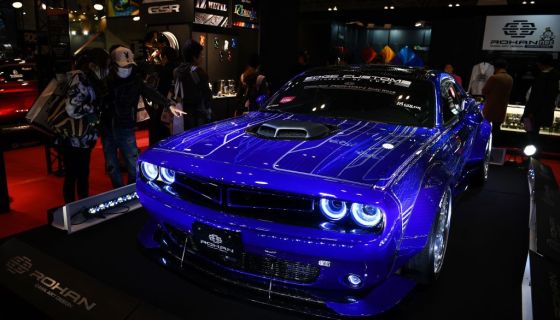 Dodge CEO Tim Kuniskis was featured in a 5 min video, talking about the company's multi-decade muscle-car heritage. He said the company must adapt to the changing times as millennials become a more significant part of the overall US population with more spending power, adding this generation embraces electric cars the most.

With that being said, Kuniskis revealed that Dodge has plans to sell the world's first electric muscle car in 2024. He said, "Tear Up the Streets … Not the Planet."

However, only a conceptual version of what the new electric muscle car would look like was revealed in the video. Even then, the lighting was too dark to capture what the overall design of the car would look like but certainly had some "retro-inspired styling cues, with a fastback roofline and blunt fascia that look vaguely reminiscent of the iconic 1969 Dodge Charger," said Autoblog.

The front of the concept car sports a unique lighting profile, with what looks to be an LED light bar that mimics the square-jawed shape of the classic muscle car but with the addition of a lighted emblem directly in the center. Several jump cuts showed some very wide-looking wheels with meaty tires ... and we're certain that all four of those tires go up in smoke at the end.