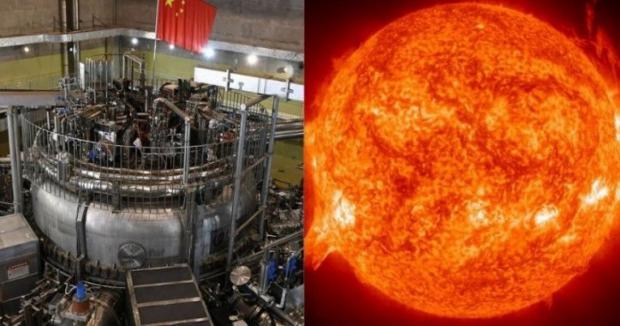 In its quest to develop unlimited green energy, the EAST Fusion Facility in Heifei, China recently created a plasma gas that was heated to 120° million Celsius—that's three-times hotter than the sun—and kept it there for 101 seconds before it dissipated, setting a new world record both for heat and duration.

"The breakthrough is significant progress, and the ultimate goal should be keeping the temperature at a stable level for a long time," said Li Mao, director of physics at Southern University of Sci-Tech in Shenzhen.

The previous record was 50° million Celsius, held by the scientists working at the fusion reactor in South Korea.

Borrowing the physics from reactions in the center of the sun, a thermonuclear fusion reactor squeezes hydrogen into helium, creating a dream of unlimited green energy, as the amount of deuterium, a version of hydrogen, found in 1 liter of seawater could produce as much energy as 300 liters of gasoline.