> Next UAS wants you to own your own eVTOL, without a pilot's license - pirateswithoutborders.com

Next UAS wants you to own your own eVTOL, without a pilot's license 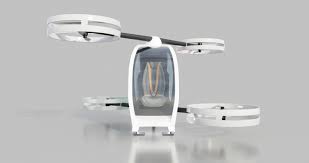 There's nothing particularly remarkable about the aircraft design here; it's basically a single-seat coaxial octacopter running two props coaxially on the ends of four carbon arms. Indeed, probably the most interesting thing to note here is the way these diagonal arms are mounted, with four props down low and two up high, giving the iFly a kind of wonky appearance when viewed from any direction but directly above.There's no particular reason why a design like this wouldn't fly; it's a pretty basic design with a bit of redundancy built in. It's not likely to go particularly far or fast given current battery technology, but that's neither here nor there. More interesting is the idea that people will soon be owning their own eVTOLs, and that's worth talking about.