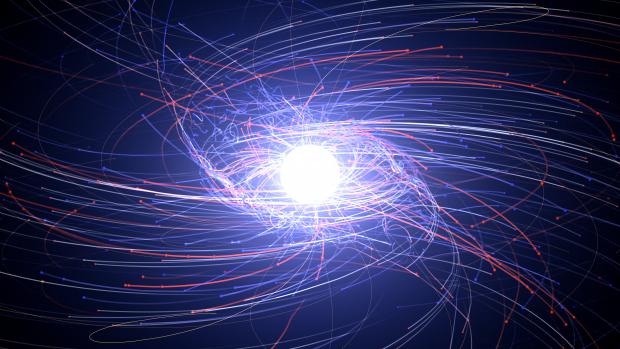 Now a team of physicists has outlined a relatively simple new way to create antimatter, by firing two lasers at each other to reproduce the conditions near a neutron star, converting light into matter and antimatter.

In principle, antimatter sounds simple – it's just like regular matter, except its particles have the opposite charge. That basic difference has some major implications though: if matter and antimatter should ever meet, they will annihilate each other in a burst of energy. In fact, that should have destroyed the universe billions of years ago, but obviously that didn't happen. So how did matter come to dominate? What tipped the scales in its favor? Or, where did all the antimatter go?

Unfortunately, antimatter's scarcity and instability make it difficult to study to help answer those questions. It's naturally produced under extreme conditions, such as lightning strikes, or near black holes and neutron stars, and artificially in huge facilities like the Large Hadron Collider.

But now, researchers have designed a new method that could produce antimatter in smaller labs. While the team hasn't built the device yet, simulations show that the principle is feasible.

The new device involves firing two powerful lasers at a plastic block, one from either side in a pincer motion. This block would be crisscrossed by tiny channels, just micrometers wide. As each laser strikes the target, it accelerates a cloud of electrons in the material and sends them shooting off – until they collide with the cloud of electrons coming the other way from the other laser.