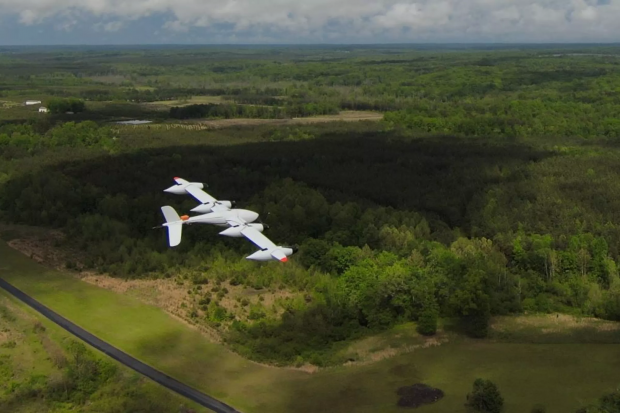 The Transwing is an entirely different concept to anything else in development. It's not a basic multicopter like the Volocopter 2X, a lift and cruise design like the Archer Maker or Vertical Aerospace VA-1X, or a vectored thrust configuration like the Joby S4 or Lilium Jet. It's not a typical tilt wing design either, like the one Dufour Aerospace is working on.

Instead, it uses a unique (and patented) folding wing design. Propellers on propulsion pods are distributed down the length of a very long set of wings, which are designed to fold back on dihedral pivot points a short way out along the wing, operated by control rods fixed to moving actuators on the main body. When fully folded, the wings sit vertically, parallel with the sides of the aircraft, such that the props all point skyward in a typical multicopter configuration.