Urban eVTOL announces Leo, a 250-mph hypercar for the skies 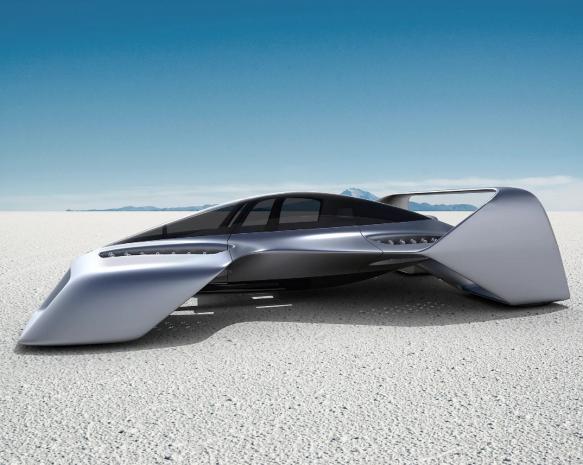 Pete Bitar has been working on vertical propulsion systems for decades now. He's got a DARPA contract to develop his electric jetpack designs, his Verticycle is a competitor in the GoFly personal flight challenge, and he's just won one of nine NASA "Future-Scaping Our Skies" awards for his work on ground infrastructure and air traffic control for the coming eVTOL age.

Now he's partnered up with automotive designer Carlos Salaff to start an eVTOL company. Salaff was behind the outrageous Mazda Furai concept, and has in more recent years been showing his own outrageous coach-built creations at events such as Pebble Beach.

The new company, Urban eVTOL, has released renders of its first aircraft, and it sure is a looker. The Leo Coupe is a three-seat lift-and-cruise design running 16 of Bitar's electric ducted fans for vertical lift, and several more at the rear for horizontal thrust.

Ignore the renders in this regard, Bitar tells us over a Zoom call from Indiana: "The images we've got there are our best-looking artwork, but they don't reflect the current thrust configuration. The Leo will run 16 10-kW vertical thrusters, each about 16 inches (40 cm) in diameter, making 120 pounds of thrust, much larger than the ones you see there. There'll be three in each of the forward banks and five in the rear banks, and the forward thruster array will use six 11-inch jets with turbine blades rather than propeller blades."

The exterior uses a double box-wing design, curling under at the front and over at the back, which Bitar says will be capable of fully supporting the Leo in horizontal flight once it's traveling at around 100 knots (115 mph, 185 km/h). Louvres or covers will likely close off the vertical lift ducts at speed, to reduce drag. The small wings might necessitate higher airspeeds for efficient flight, but they contribute to a big advantage on the ground: this thing not only looks like a flying hypercar, it's small enough to fit in a single car space.