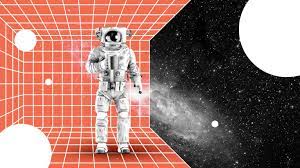 The launch next month of the first all-civilian mission to orbit is an ambitious test for a burgeoning space industry's futuristic dream of sending many more ordinary people to space in the next few years.

Why it matters: Companies and nations envision millions of people living and working in space without having to become professional, government-backed astronauts. Those hopes are riding on SpaceX's next crewed mission, called Inspiration4.

Previous launches have taken billionaires to suborbital space or sent space tourists to the International Space Station alongside professional astronauts, but this mission is the first with a crew made up entirely of amateur astronauts.

What's happening: Inspiration4 is effectively a proof of concept for the idea that an all-civilian mission aboard SpaceX's Crew Dragon spacecraft — and ostensibly that all-amateur spaceflight — can work.