> How to Survive a Summer Power Outage - pirateswithoutborders.com

How to Survive a Summer Power Outage 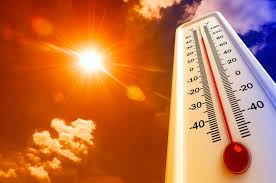 However, a summer power outage carries its own set of problems. Foremost are heat-related illnesses and the higher potential of spoilage for your food. Even if you aren't convinced that hardcore preparedness is for you, it would still be difficult to argue against the possibility of a disaster that takes out the power for a couple of weeks. Basic emergency preparedness is important for everyone

, not just us "crazy preppers."

Severe, fast-moving thunderstorms (called derechos) swept through Indiana, Ohio, Virginia, West Virginia, Pennsylvania, Maryland, New Jersey, and Washington DC. Millions lost power, an estimated 4 million for an entire week. As if a week-long power outage wasn't miserable enough, that part of the country was in the midst of a record-setting heatwave during the time period.