> Boat-Plane Hybrid That Needs No Runway Could Transform Travel... - pirateswithoutborders.com

Boat-Plane Hybrid That Needs No Runway Could Transform Travel... 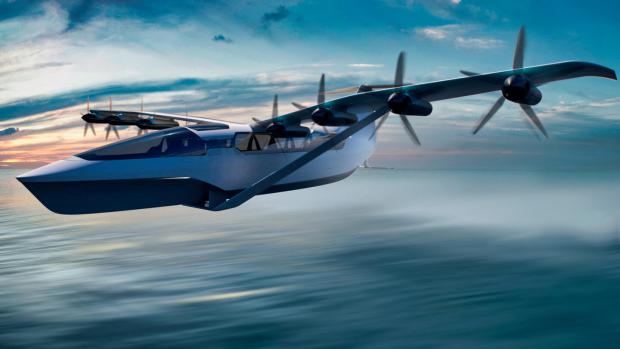 The future of travel is bold, with a boat-plane hybrid set to transform short distance ferry services.

From the Virgin Hyperloop to HAV carbon-free dirigibles to self-driving cars to, now, this, the REGENT "seaglider" is an electric transport plane that can do 180 mph, or around six-times the speed of a ferry, and with double the range of electric aircraft, but with half the manufacturing costs.

All these pros are down to its unique design as essentially a trio of vehicles in one, which the company believes will seize control of a market for short flights/ferry routes such as LA to Santa Barbara or San Francisco, or New York to Boston, with maybe Washington, D.C. thrown in there as well.

When loading and offloading passengers, the seaglider rests on the sea like a normal seaplane or boat.

When operating within the crowded waters of a port, the seaglider deploys its hydrofoils, matching its impressive propulsion with the maneuverability of the foils below.

Once on the open sea, the foils are withdrawn and it takes on the aspects of a "wing-in-ground effect vehicle," a design invented all the way back in the 1960s, that uses high speeds to hover just above the surface of the water.

So far REGENT's founders have raised almost $10 million from investors, which have included Mark Cuban and Peter Thiel.