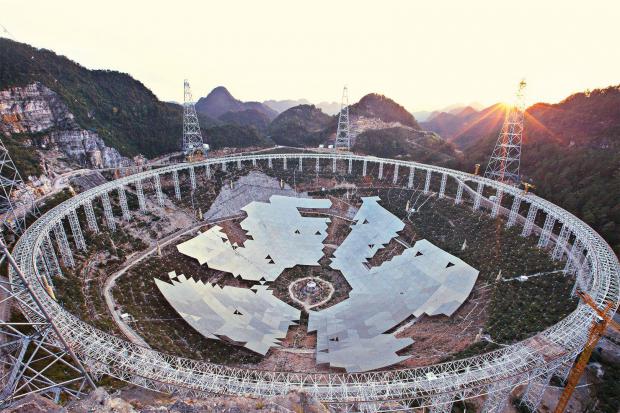 New plans to develop a massive telescope on the moon could offer us more insight into the universe than ever before, even creating the possibility of space travel.

Last year, NASA put aside $500,000 for research into the Lunar Crater Radio Telescope (LCRT), with the goal of eventually using robots to build the telescope on the far side of the moon.

It would be placed in a 100m wide crater and could cost between $1 billion and $5 billion according to a leading scientist.

Why not just build it here? Well, the Earth's ionosphere means that down here we are prevented from observing radio waves longer than 10m. Being able to see longer waves could offer new insight into mysterious dark matter and dark energy that make up the universe.