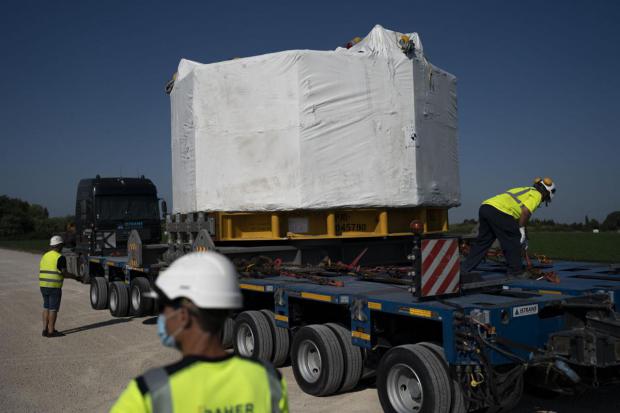 In 2015, a group of physicists at MIT did some calculations to rethink how we're approaching the problem of fusion power. High-temperature, nonmetallic superconductors were finally commercially available and could allow the generation of stronger magnetic fields, enabling a simpler, more compact fusion reactor. But the physicists behind the work didn't stop when the calculating was done; instead, they formed a company, Commonwealth Fusion Systems, and set out to put their calculations to the test.

On Tuesday, Commonwealth Fusion Systems announced that it hit a key milestone on its quest to bring a demonstration fusion plant online in 2025. The company used commercial high-temperature superconductors to build a three-meter-tall magnet that could operate stably at a 20-tesla magnetic field strength. The magnet is identical in design to the ones that will contain the plasma at the core of the company's planned reactor.

Giving yourself less than 10 years to solve a problem that an entire research field has been struggling with for decades is ambitious, but it reflects how relevant fusion could be to the climate crisis we're facing. Several of the company's leaders mentioned climate change as an inspiration for their work.