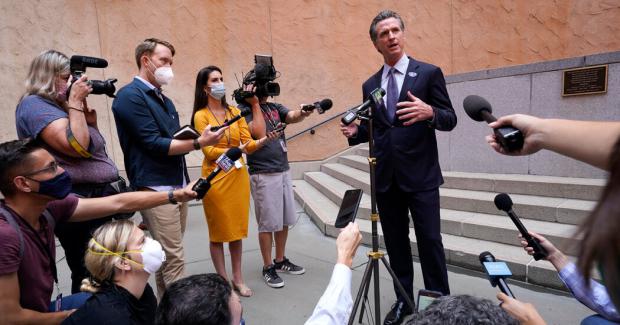 They reminded voters again and again that Gov. Gavin Newsom had dined at the upscale French Laundry restaurant in Napa wine country with lobbyists while he was telling other Californians not to gather.

One candidate for Newsom's job even assembled a giant ball of trash to depict the condition of the state under the Democratic governor's leadership.

In the end, none of it worked.

Newsom claimed victory as results showed 67% of voters opposing the recall, with 33% in support.