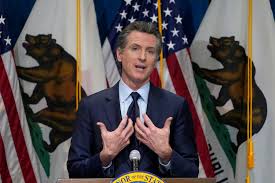 News outlets, including CNN, CBS, ABC, NBC and the Associated Press, called the race for Newsom shortly after polls closed, as early returns showed the no vote with a commanding lead. Nearly 67% of voters opposed the recall, with 33% in support.