> SpaceX's Starlink will come out of beta next month, Elon Musk says - pirateswithoutborders.com 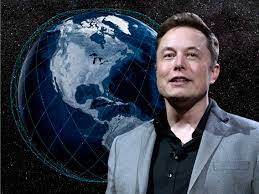 SpaceX's Starlink satellite-broadband service will emerge from beta in October, CEO Elon Musk said last night. Musk provided the answer of "next month" in response to a Twitter user who asked when Starlink will come out of beta.

SpaceX began sending email invitations to Starlink's public beta in October 2020. The service is far from perfect, as trees can disrupt the line-of-sight connections to satellites and the satellite dishes go into "thermal shutdown" in hot areas. But for people in areas where wired ISPs have never deployed cable or fiber, Starlink is still a promising alternative, and service should improve as SpaceX launches more satellites and refines its software.

SpaceX has said it is serving over 100,000 Starlink users in a dozen countries from more than 1,700 satellites. The company has been taking preorders for post-beta service and said in May that "over half a million people have placed an order or put down a deposit for Starlink."