The shadowy big-money group behind NewsGuard, the internet's "thought police"...

VAX DEATHS EXCEED "Covid" Deaths In Taiwan! - The TRUTH We're NOT Being Told! 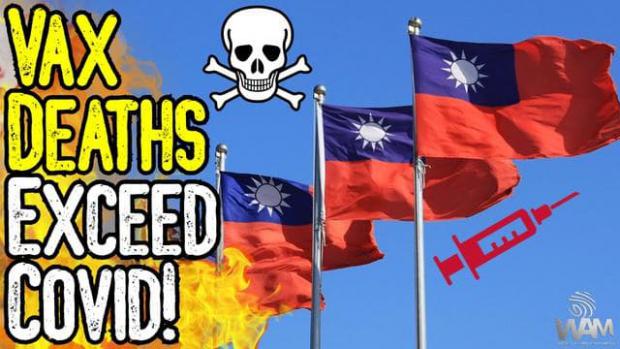 Josh Sigurdson reports on the recent news out of Taiwan as the government's numbers show that there have been more deaths from the vaccine than from so-called "covid" since the beginning of the lockdowns.

844 people have died after being "tested positive" in Taiwan with "covid" despite no test actually being able to diagnose such a thing.

Meanwhile, deaths after being jabbed are tallied at 852.

What is interesting about this statistic is that jab deaths are vastly undercounted while covid deaths are almost entirely made up if not ENTIRELY made up. This means that there was a flu or a cold going around and some people died. They propped up the number dramatically. Then countless people died after the jab and like we've seen in most countries worldwide, the number was incredibly undercounted showing that in fact, the jab is killing people and covid is not.

In this video, we break down this recent story and explain why we are not hearing the entire context of the narratives being spewed across the board from both sides of the argument.