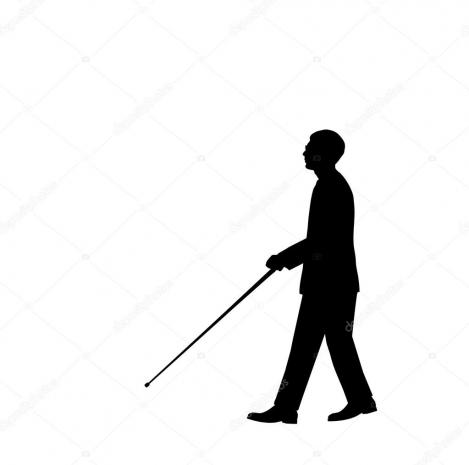 The experimental system incorporates a forward-facing "artificial retina" mounted on an ordinary pair of glasses worn by the user. That device detects light from the visual field in front of the glasses, and converts it to electrical signals which are transmitted to a three-dimensional matrix of 96 micro-electrodes implanted in the user's brain.

The implant is just 4 mm wide, and each of the tiny electrodes are 1.5 mm long. They penetrate the brain so they can both stimulate and monitor the electrical activity of neurons in the visual cortex, located within the larger cerebral cortex. That stimulation allows the person to perceive the light patterns transmitted by the artificial retina.

Last year, a 1,000-electrode version of the setup was successfully tested on primates, although the animals were not blind. More recently, though, a team from Spain's Miguel Hernández University tested the present version on a 57-year-old woman who had been completely blind for over 16 years. After a training period in which she learned to interpret images produced by the device, she was able to identify letters and the silhouettes of certain objects.

Importantly, it was found that the implant didn't otherwise affect the function of the cerebral cortex, nor did it stimulate adjacent non-target neurons. Additionally, the implant required a much lower electrical current than similar electrode arrays that are placed on the surface of the brain, potentially making it safer to use. The device was removed six months after it was implanted.

A lot of work still needs to be done before the technology could be used on a practical level, so the scientists are now recruiting blind volunteers for further experiments. These could involve stimulating a greater number of neurons simultaneously, in order to produce more complex images.