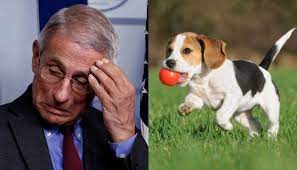 A group of 24 bi-partisan lawmakers are demanding answers from Dr. Anthony Fauci after a nonprofit claims he permitted experimental drug testing on dogs

The White Coat Waste Project alleges that Fauci sent $375,800 to a Tunisian research lab where beagle puppies were force-fed a new drug