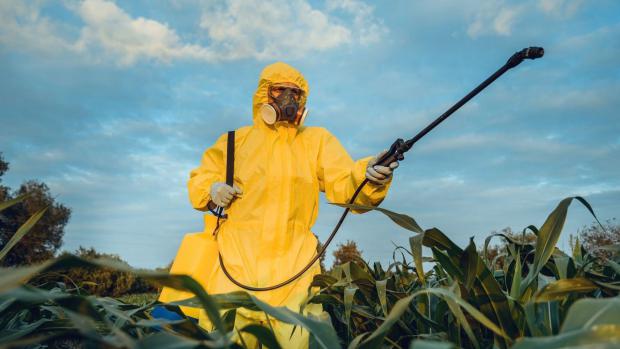 Switching from 'Western' foods to a non-organically-cultivated Mediterranean diet may triple your pesticide intake and weaken the immune system.

This is the conclusion of a study led by researchers from the University of Oslo, who compared the effects of different diets on a group of 27 British students.

The team found that produce farmed in the traditional manner passed on more environmental contaminants, which may affect fertility and juvenile development.

Rich in fruit, vegetables, whole grains, nuts and fish but low in red meat and dairy, the Mediterranean diet has long been hailed as a healthy alternative to British fare.

While the fish part of the diet is low in environmental contaminants, non-organic farming of fruit, veg and whole grains passes on more pesticides.

However, the team noted, when the ingredients of the Mediterranean diet are farmed organically, such can slash pesticide intake by around 90 per cent.

Several of the environmental contaminants seen in the study are either known or suspected to affect hormones within the body, noted paper author and microbiologist Carlo Leifert, who is a visiting professor at the University of Oslo.

'There is growing evidence that such toxins can weaken our immune defence system and perhaps also our fertility,' he explained.

'If hormones become imbalanced, they can also have a negative effect on the growth and development of children.

'Fruits, vegetables and whole grains cultivated in the conventional way are some of the main sources of environmental contaminants absorbed through our diet.