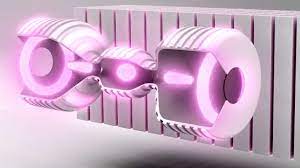 The Series E funding round was led by long-term investor Sam Altman, former president of Y Combinator and current CEO of OpenAI, who has now taken on an executive chairman role at Helion. Others involved include PayPal co-founder Peter Thiel, through his Mithril Capital company, former eBay president Jeff Skoll, through his Capricorn Investment Group, and Facebook co-founder Dustin Moskovitz.

The raise brings in a record US$500 million now, with an "opportunity for an additional US$1.7 billion dollars tied to Helion reaching key performance milestones." The money will be used to complete the Polaris facility currently under construction in Everett, Washington.