> Taxi! To the Airport -- by Air, Please. - pirateswithoutborders.com 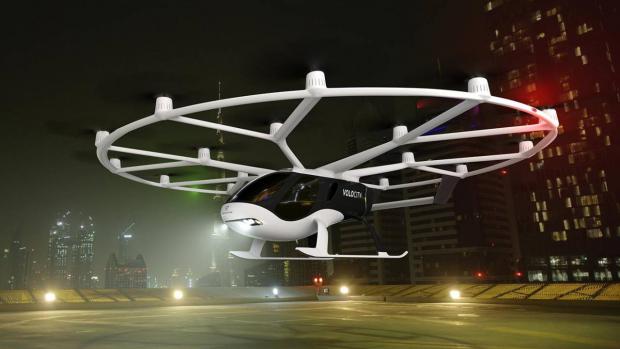 Instead of sitting in rush-hour traffic for two hours, you take a short ride to a nearby parking garage where you board an electric aircraft that takes off vertically from the roof and deposits you at Kennedy 20 minutes later for roughly the same cost as a fancy ride-share. You make your flight in time.

While this scenario might sound far-fetched, several companies say they are on the verge of being able to offer safe, cheap, clean electric aircraft that can help passengers travel distances between two and 150 miles without the need for a conventional runway. Public and private experts believe the technology could grow into a massive market that helps ease congestion and changes the way people travel in major metropolitan areas.

While urban air travel is currently out of reach for most customers (think: Uber Copter), improvements in battery technology have driven down the cost of developing electric-powered aircraft that are viable as urban passenger transportation. These companies are betting they can bring electric urban and regional air travel to the masses, and have developed new aircraft to compete for a slice of this nascent market within the next few years.

"We want to create something that is available to a lot of people, that can do the job of a high-speed train without requiring the infrastructure," said Daniel Wiegand, chief executive and founder of Lilium Air Mobility, based in Germany. "We won't be at the ticket price of a high-speed train in Germany on our first day, but if we don't get there within 15 years I would consider our mission failed."

Manufacturers say these electric aircraft have numerous advantages over conventional aircraft and especially helicopters, which are expensive to maintain and fly, noisy, and come with safety risks, as seen in the crash that killed Kobe Bryant and eight other passengers.