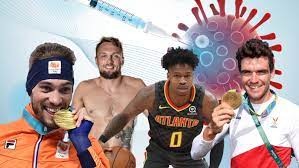 We took a long time for this research, selecting each case individually. Was there a noticeably high number of "sudden and unexpected" deaths in sport and top-class sport until mid-2021? No official can (and will not) explain a possible accumulation since the start of gene vaccinations. According to the possibly blackmailed and bribed media and politics, these are unfortunate coincidences – although already 13-year-olds with heart problems fall over on the square.

In contrast, for example, there is an article in the German WAZ from June 13, 2021. A cardiologist stated there that sudden cardiac death rarely occurs in sport. Yes how now? There are no reliable statistics for comparison. But in Wikipedia there are lists of athletes who died during the game. This list goes back to 1889 and at first glance is extensive – but in the end it turns out that about 5-8 such deaths were recorded even in "disaster years". Many of these concern heart problems. The question is therefore difficult to answer without official and complete statistics: Are currently more people really dying "suddenly and unexpectedly" in sport, especially when it affects professionals and top athletes? And is it because of the vaccination, as many critical minds suspect?