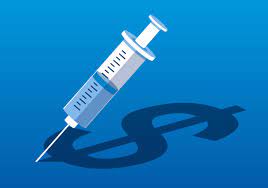 Money may not buy happiness.

It sure buys influence when spent for this purpose in large enough amounts.

Their modus operandi involves bribing medical and public health schools, along with staff with millions of dollars in blood money.

In his book, titled "Doctors in Denial: Why Big Pharma and the Canadian Medical Profession Are Too Close For Comfort, NYU professor of health policy Dr. Joel Lexchin said the following:

"How they are taught, what kind of exposure they have to the pharmaceutical industry and how they see their teachers and those above them on the medical hierarchy relating to the industry will, in large part, determine their own relationship once they are independent doctors."

Influence is bought by funding research, grants, and other large-scale donations to universities like Harvard.

Industry officials maintain close ties with their health-related and other faculty, as well as administrative officials.

Educators are enlisted to serve on their advisory boards and boards of directors, well-paid for their services.

If interact with Pharma representatives as students, they're more likely to meet with and be influenced by sales reps during their professional careers.

At the time, he wasn't told and didn't know that Pharma funded the course with pushing opioids in mind — including Purdue Pharma.

Producer of OxyContin, the firm sponsored the course's reference book.

It falsely called the painkiller a weak opioid. It's 1.5 times stronger than morphine.

Pharma is notorious for feeding doctors with biased information in pushing its wares, all too often hiding toxins they contain.

I've written before about harm from overuse of meds, especially in the US/West where sickness is prioritized over health because the latter is unprofitable.

Among 37 OECD countries, the US has one of the lowest life expectancy rates.

It has one of the highest per capita rates of infant mortality, heart disease, cancer, diabetes, strokes, respiratory illnesses and other illnesses.

The incidence of premature births in the US for lack of proper care is much like in underdeveloped countries.

In most all health categories, including chronic illnesses affecting half the population, the US ranks poorly.

A combination of processed foods and hazardous GMOs, further contaminated by pesticides, unsafe air and water, along with toxic drugs, including vaccines, benefits a sickness industry by creating an unhealthy population.

Earlier US generations were healthier than the current one.

High-cost/unaffordable US healthcare for most Americans is a leading cause of death.

Prescription drugs cause millions of adverse reactions annually in the US/West, including over 100,000 premature deaths in the US each year.

They "increase levels of immune responses" not gotten from kill shots designed to destroy health, not protect it as Abraham and likeminded fraudsters claim.

Polar opposite is true.

Ignored by Abraham and others like him is the enormous human toll in less than a year of mass-jabbing — millions harmed in the US/West alone, many seriously, hundreds of thousands killed.

Perhaps he didn't notice a virtual holocaust of health destruction — kill shots designed with this aim in mind.

The spike protein, lipid nanoparticles, and polyethylene glycol (PEG) in mRNA jabs destroy organs and cells of the body slowly or more quickly at times.

Abraham pretended it's not so, ignoring hard evidence otherwise.

Fair Harvard is on the front lines of promoting toxic kill shots for unparalleled elimination of maximum numbers of unwanted people in the US and abroad.

How many millions of dollars did Pharma pay the university and medical/public health staff to promote the mother of all diabolical schemes to destroy health and freedom worldwide?

How much is selling medical ethics and abandonment of the rule of law worth?