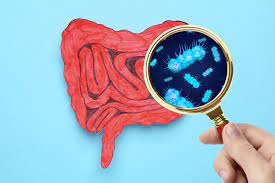 Many food additives approved for human consumption across the 20th century were generally understood to be safe based on research showing they mostly pass through our intestines unabsorbed and are eliminated in feces. However, our growing understanding into the relationship between the vast population of bacteria in the gut and our general health has led many researchers to reevaluate the effects of these chemicals previously thought to be harmless.

Titanium dioxide, for example, was used for decades as a white food coloring agent. Long thought to be essentially non-toxic it was only recently that scientists discovered the chemical's profound effect on the gut microbiome, particularly when delivered in the form of nanoparticles. Many countries in the world have now banned the additive from foods.