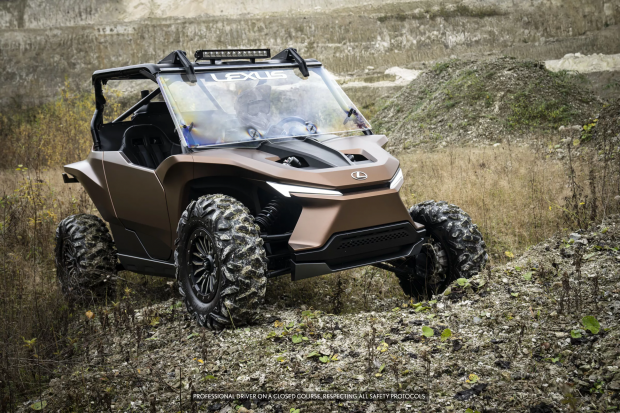 As Toyota's luxury arm, Lexus quietly has some of the best posh off-roaders on the market in the new Land Cruiser-based LX600 and the Land Cruiser Prado-based GX460. Still, it's not the first automotive brand name that comes to mind when the topic of off-roading comes up, and it falls right off the list should that conversation drift to off-road powersports. That changes today with the reveal of the all-new ROV concept, an aggressive side-by-side that leaves mostly agitated dust behind thanks to a virtually carbon-free hydrogen combustion engine.

With the Recreational Off-highway Vehicle (ROV) Concept, Lexus presents an intriguing alternative to the all-electric side-by-sides that have started making their way to market. Instead of the hydrogen fuel cell technology for which Toyota has become well-known, Lexus relies on newer, more experimental hydrogen ICE tech.