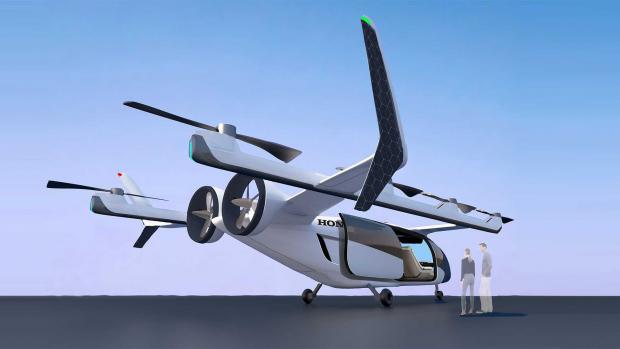 Greener, faster, quieter and vastly cheaper than helicopters, they promise to bring vertical commuting to the masses like never before, reshaping our cities and lifestyles in the process.

And right now, we're enjoying a fascinating creative period in the emergence of these next-gen air taxis. It won't be long before they're everywhere – a settled, reliable and frankly slightly boring transport option – or nowhere, a multi-billion dollar boondoggle that never took off, so to speak. My money would be on the former, but I've certainly been swept up in magical, futuristic tech dreams before and come out with egg on my face.

Until a weight of data declares a winning architecture, the floor remains open for interesting and left-field eVTOL designs that do things differently from the crowd, and with 2021 drawing to a close, we thought it might be time to gather some of our favorites together in a roundup.

Most leading concepts are crystallizing around two- to seven-seat cabins, following the model of taxis – but Kelekona is from New York City, where mass transit is already a way of life, and this young company doesn't see why eVTOLs shouldn't carry a busload of people.

Kelekona's Thunderbirds-style lifting body design will seat 40, and its monstrous 3.6-megawatt-hour battery pack has the potential to deliver enormous range figures up to 375 miles (600 km) at speeds around 200 mph (320 km/h). What's more, Kelekona tells us in our interview from June that it'll land on the same sized helipads as a typical five-seat Joby. Remarkable.