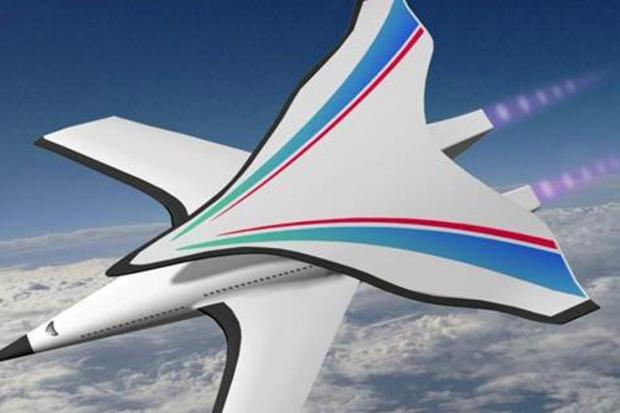 CHINA is developing a hypersonic aircraft that can transport ten people anywhere on Earth in one hour.

The prototype has a pair of delta wings similar to those of the French and British designed Concorde, but with tips pointing up.

It comes as it emerged China is developing a 6,000mph nuke missile engine which is reportedly based on a design abandoned by Nasa because it cost too much.

In today's rapidly militarising China, however, money is no object — especially if it keeps the communist regime ahead in the arms race.

Now wing tech from Concorde is also being used, this time in aircraft.

According to a study by China's space scientists, the hypersonic plane is larger than a Boeing 737, the 148ft plane has two air-breathing engines mounted on top of its main body, reports South China Morning Post.

Its complex aerodynamic design allows the aircraft to travel faster than five times the speed of sound.

The concept has proven effective in China's latest space missions to evaluate the plane's performance at high altitudes.

The researchers used a new aerodynamic model that has been proven effective in China's latest space missions to evaluate the plane's performance at high altitudes.

During the space tests they found areas on the plane that required extra protection or strengthening.

Spots would be most likely to suffer sudden spikes of heat and pressure when the plane reaches six times the speed of sound or 4,447mph.