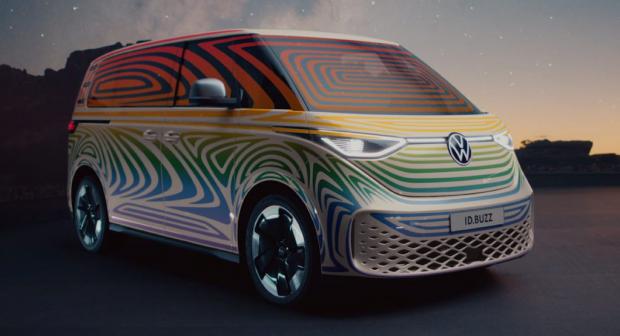 Camping has been entwined in the model's DNA since before it was even approved for production — the original 2017 concept was loaded with camper-friendly features. This week it got official, as Volkswagen AG's supervisory board voted to green-light an ID. California camper van. Retro inspiration and futuristic tech promise to combine to make the ID. California an instant classic, a VW camper van that helps protect the remote, pristine spaces campers enjoy most.

Volkswagen has been hard at work expanding and improving the California lineup over the past few years. Just last year, it followed up on the new and improved T6.1 California with the all-new Caddy California mini-camper, eliminating the Caddy Beach and unifying its leisure vehicle lineup under the "California" name. Now, the company confirms an electric California will grow the family a little more during the second half of the decade.

"The ID. California based on the ID. Buzz will combine the ongoing trend towards mobile leisure arrangements with sustainable CO2-neutral mobility," promises Dr. Carsten Intra, chairman of the VW Commercial Vehicles board of management.

An ID. California seems like a no-brainer, especially now at a time when the RV industry is enjoying historic success. In August, Germany's Caravanning Industry Association (CIVD) announced that the first six months of 2021 were the country's best sales half-year on record and predicted sales strength to continue into a record year.

Over in the US, where Volkswagen camper vans haven't been available in decades but could potentially make a come back with the ID. California, the RV industry has already reached a record. The RV Industry Association reported that as of October RV manufacturers produced a total of 510,608 units, beating the 504,599 record set in 2017. Projections call for the 2021 total to exceed 600,000 units.