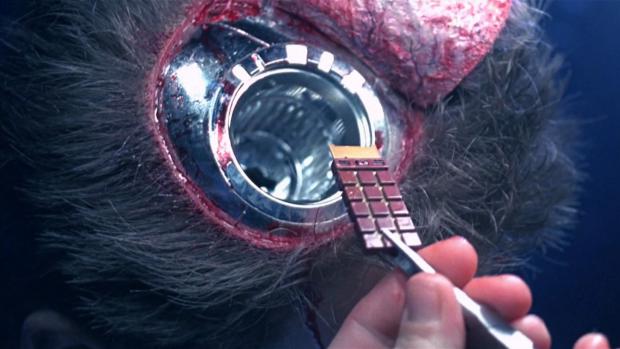 In the Terminator sci-fi movie series, scientist Miles Dyson is given an exotic microchip from the AI cyborg sent from the future and uses it to pursue "radical" new developments in microprocessors. This research ultimately becomes Skynet, the global AI supercomputer system that achieves self-awareness and decides to eliminate humanity by initiating nuclear war.

This story line isn't far from reality. Transistor technology was first studied and developed in the 1940s by studying non-terrestrial craft crash hardware that was first acquired by the US military in the Roswell crash of June, 1947. This technology was quickly handed to powerful American corporations who soon announced the "discovery" of the transistor. This topic is too detailed to explore here, but a good overview of the reverse engineering of non-terrestrial technology is found at this link on UFOinsight.com, which writes:

In December 1997, Jack Shulman, as president and CEO of the American Computer Company in Cranford, New Jersey, would claim to have in their possession proof that technology recovered from the crash site of Roswell was reverse engineered [1] and then patented as great American scientific breakthroughs in technology. Shulman would particularly focus on the patenting of the transistor by the Bell Labs company. And asked a vaguely disguised question as "what if" they hadn't actually invented their technology? But merely reverse-engineered it?

According to these documents, the transistor developed at Bell Labs, most notably credited to Bardeen, Brattain, and Shockley, was, in fact, "provided" to the company. What's more, when some researchers have investigated the history of the transistor prior to Bell's groundbreaking technological marvel, there is no obvious developing point between all that came before and Bell Lab's version.