10 Ways You Can Stay Warm When The Power Goes Out

Microsoft Teams turns your phone into a walkie-talkie

More evidence a common virus is primary cause of multiple sclerosis 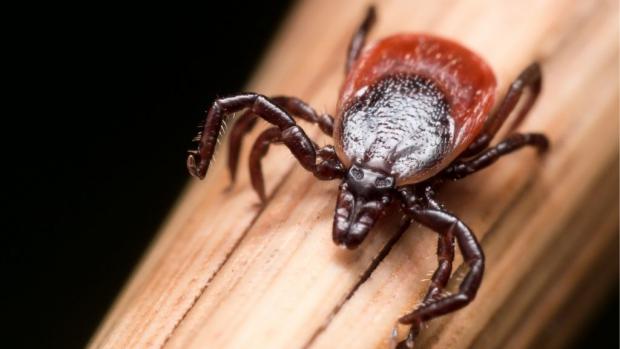 Instead of triggering an immune response against a particular pathogen, the new vaccine prompts a quick response in the skin to components of tick saliva, limiting the amount of time that ticks have to feed upon and infect the host, the study shows.

The vaccine is delivered by the same mRNA technology that has proved so effective against COVID-19.

In the United States, at least 40,000 cases of Lyme disease are reported annually, but the actual numbers of infections could be 10 times greater, researchers said. In addition, other tick-borne diseases have also spread in many areas of the U.S.

"There are multiple tick-borne diseases, and this approach potentially offers more broad-based protection than a vaccine that targets a specific pathogen," said senior author Erol Fikrig, the Waldemar Von Zedtwitz Professor of Medicine (infectious Diseases) at Yale and professor of epidemiology (microbial diseases) and of microbial pathogenesis. "It could also be used in conjunction with more traditional, pathogen-based vaccines to increase their efficacy."

The saliva of the black-legged tick Ixodes scapularis, which transmits the Lyme disease pathogen Borrelia burgdorferi, contains many proteins. The investigators focused on 19 separate proteins.

In search for the basis of the vaccine, the Yale researchers, in collaboration with a team led by Drew Weissman at the University of Pennsylvania, analyzed bits of mRNA that produce all 19 of the saliva proteins. A similar strategy was used in vaccines that effectively combat the SARS-Cov-2 virus. And in a series of experiments, they tested the vaccine on guinea pigs, which can be infected with the Lyme disease agent and have also been used as a model to study tick resistance.