> Another cheap safe way to cut Covid by 80% that the Health Dept can ignore - pirateswithoutborders.com

10 Ways You Can Stay Warm When The Power Goes Out

Microsoft Teams turns your phone into a walkie-talkie

More evidence a common virus is primary cause of multiple sclerosis 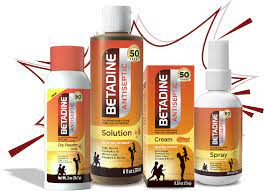 While Carrageenan can clog up the virus in the passages behind your nose, it doesn't necessarily do much to stop the virus replicating in your mouth and throat. But a regular swish or a sniff with Povidone-iodine can reduce the viral load to nothing in a matter of 15 to 30 seconds. Note, you're supposed to spit it out again, not drink it and make sure to use a very dilute solution.

Saliva can contain as many as 100 million infectious copies of Covid per ml, so the aim here is to reduce the number drastically every four hours. It'll reduce the risk of you infecting people around you, and probably help buy yourself time to fight back against the virus.Between February and August last year Choudhury et al enrolled 600 people in Bangladesh. Half were asked to use a 1% povidone iodine solution to gargle, use in nasal drops and eye drops. They were asked to do this every 4 hours for 4 weeks, which sounds like a chore, but is nicer than going to hospital. The other half did the same thing but only with lukewarm water. Since nasal rinsing is sometimes claimed to be useful, even the placebo arm may have got some benefit. But the difference was still impressive.