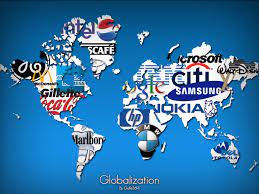 If our own government isn't jacking up inflation with lousy fiscal and economic policies as well as out-of-control spending, leave it to billionaire global corporatists — with the full backing of the Biden regime –to set us up for major food production shortages over the hoax of 'human-caused climate change.'

As reported by Humans Are Free, the 'climate change' hoaxers are having an effect on the world's youth, and that will lead to more control over the world's population, including Americans, if left to continue along the same trajectory. Consider:

— The United Nations Intergovernmental Panel on Climate Change's most recent report was met with a great deal of alarm.

— Citing the report, the BBC claimed that it represented "code red for humanity."

— The New York Times chimed in, claiming (without context), "A Hotter Future Is Certain" (and it might be, but that doesn't mean humans are causing it).