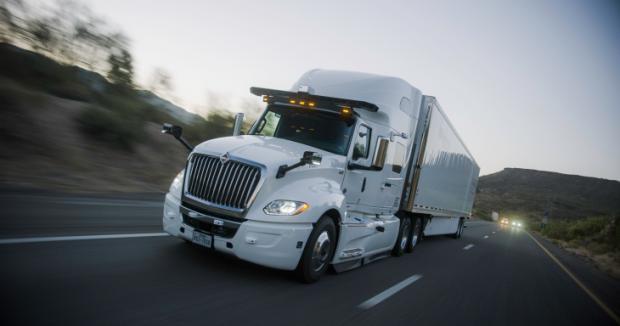 TuSimple's autonomous semitruck recently completed the world's first driverless trip, which saw the vehicle travel 80 miles in Arizona without a safety person at the wheel or any human intervention.

The nighttime drive on December 22 started at a railyard in Tucson, traveled along 1-10 for one hour and 20 minutes, and ended at a distribution center in Phoenix.

This trip is also the first time a class 8 autonomous truck has operated on open public roads and TuSimple says this is only the beginning of its technology's abilities.

Cheng Lu, President and CEO, TuSimple, said in a statement: 'By achieving this momentous technical milestone, we demonstrated the advanced capabilities of TuSimple's autonomous driving system and the commercial maturity of our testing process, prioritizing safety and collaboration every step of the way.

'This test reinforces what we believe is our unique position at the forefront of autonomous trucking, delivering advanced driving technology at commercial scale.'

The company, founded in 2015 in San Diego, focuses on developing autonomous driving technology for the trucking industry.

TuSimple says that drivers represent about 40 percent of all trucking operational costs and that its virtual driver 'can be operated for significantly less.'