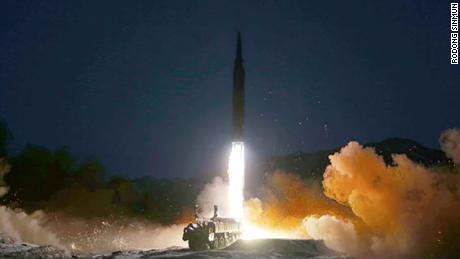 North Korea test-fired two more ballistic missiles for the third time this month on Friday just hours after threatening the United States with a "stronger and certain reaction" to sanctions.

The U.S. Indo-Pacific Command confirmed North Korea's launch in a statement on Friday, saying, "We are aware of the ballistic missile launch and are consulting closely with our allies and partners. While we have assessed that this event does not pose an immediate threat to U.S. personnel or territory, or to our allies, the missile launch highlights the destabilizing impact of the DPRK's illicit weapons program. The U.S. commitment to the defense of the Republic of Korea and Japan remains ironclad."