> Tesla Begins Accepting Dogecoin Payments -- Some Merchandise Can Only Be Purchased With DOGE - pirateswithoutborders.com 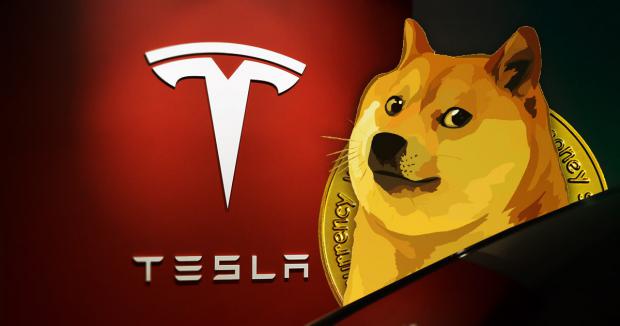 Following Musk's tweet, dogecoin immediately surged about 10% but has since lost most of its gain. The price of the meme crypto is $0.1913 at the time of writing based on data from Bitcoin.com Markets.

Tesla's shop now has a few items that can only be bought with the meme cryptocurrency. They include a Cybertruck Graffiti Cuffed Beanie that costs 205 DOGE; a Giga Texas Belt Buckle that costs 835 DOGE; a Cyberquad for Kids that costs 12,020 DOGE; and a Cyberwhistle that costs 300 DOGE.

Tesla only accepts dogecoin … Non-dogecoin digital assets sent to Tesla will not be returned to the purchaser.

Prior to Tesla activating the dogecoin payment option, some people on social media noticed that the source code on Tesla's vehicle payment pages contains the word "dogecoin." However, Tesla has not made an announcement whether dogecoin will be accepted for vehicle purchases.

Bitcoin.com News has verified that the code behind the payment page for a Tesla Model Y contains "dogecoin."