> The Road to Hell Is Paved with Kill Shots and All Else Flu/Covid - pirateswithoutborders.com 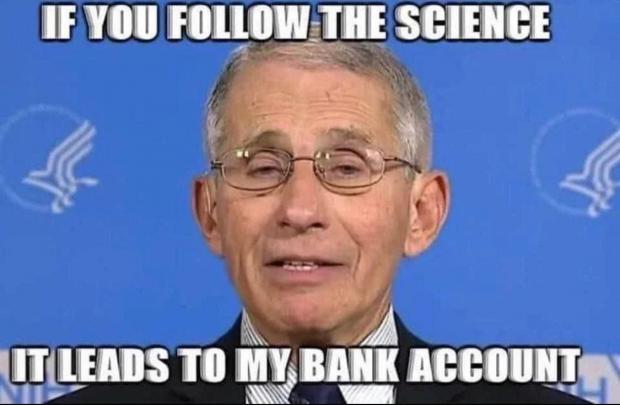 When ruling authorities breach the rule of law by mandating widespread harm, their legitimacy no longer exists.

That's what has been going on throughout the US/West and elsewhere since early 2020 — with likely the worst of what they intend ahead.

On Friday, a friend in Italy emailed me information of increased draconian harshness imposed by the Mario Draghi regime.

Unjabbed Italians aged-50 and older face "a one-off fine of 100 euros" for the crime of protecting their health over the alternative of harm from kill shots.

Public employees not jabbed for 6 months or longer face suspension without pay.

The unjabbed are denied entry into many public places, including banks, post offices, and most retail shops.

They're banned from access to air and "long-distance train" travel.

Sardinia, Sicily and other offshore islands are isolated from the mainland for their unjabbed residents.

Sicily's governor issued an order for its residents to ignore what the Draghi regime ordered.

Unjabbed "parliamentarians residing on the islands cannot go to parliament unless they find a private ship to move them."

If ill, hospitals reject admitting the unjabbed as inpatients.

Italy's unjabbed are mistreated as pariahs and enemies of the state.

Based on what's been worsening over time, my friend "fear(s) for (his) country."

Much the same is going on in Australia, Austria, apartheid Israel and elsewhere.

A positive change in Britain may be a short-term aberration.

Given his self-inflicted troubles for partying during lockdown conditions for Brits earlier, Boris Johnson announced eased flu/covid restrictions on Wednesday.

Beginning next week, draconian measures to combat the more scariant than variant omicron were ordered to be halted.

Compulsory mask-wearing on public transport, in shops, at work and in schools was dropped.

The same goes for health passports for access to public places.

Working-age Brits are no longer asked to perform their duties at home.

Brits testing positive for flu/covid must still self-isolate — even if asymptomatic and free from illness.

How long a change for the better will last is unclear.

Johnson's motive is all about seeking public support at a time when calls for him to resign continue.

According to NYT fake news, there's "virtually no place on earth to escape from (the more scariant than variant) omicron (sic)."

At a time of an invented, not a real, pandemic, the Times and other MSM fail to explain that all flu/covid strains are virtually alike.

Differences among them are too minor to matter.

Instead of explaining the health-destroying hazards of kill shots, the Times cited the following Pharma-controlled CDC fake news, saying:

Unjabbed adults aged-18 and older are "16x" more likely to be hospitalized for flu/covid than their jabbed counterparts (sic).

Based on science, not Pharma talking points with maximum profit-making in mind, the unjabbed and individuals with natural immunity are significantly safer than their jabbed counterparts.

Effective February 1 in Austria, proposed legislation passed by the country's lower house mandates kill shots for everyone over age-18.

If passed by Austria's upper house of parliament and signed into law by its president, Alexander Van der Bellen — what's most likely — other

In Italy, kill shots are mandated for individuals aged-50 and older, as explained above.

The same mandate applies in Greece for everyone aged-60 and older.

Throughout Europe, health passports are required for access to most public places.

Much the same as the above could become US law if congressional legislation signed into law by the fake Biden mandates it.

If occurs, it'll override the Supreme Court's ruling against mandatory mass-jabbing for staff of firms with 100 or more employees.

In Illinois where I live, proposed legislation calls for the state's anti-health department to compile information on jabbed and unjabbed residents in a so-called "Immunization Data Registry."

According to Awake Illinois, a grassroots organization launched in May 2021:

"This bill (was) called up in committee on January 19th" for consideration.

If enacted into law, "ALL residents of Illinois will be INVOLUNTARILY entered into the Immunization Data Registry controlled by the" ruling Pritzker regime.

If enacted into law, it'll breach the international and US law right of privacy.

According to Cornell Law School, the right of privacy includes the following:

"The right not to have one's personal matters disclosed or publicized."

"The right to be left alone."

"The right against undue government intrusion into fundamental personal issues and decisions."

"Although the US Constitution does not explicitly state that there is a right to privacy, Supreme Court decisions have found (this to be) an implicit constitutional right" by its rulings on various issues.

According to Awake Illinois:

"In 2021, we encountered unprecedented censorship, more lockdowns, gaslighting and lies from the media, rampant corruption, and the illogical sacrifice of our children to feed the facade of the 'greater good' " that doesn't exist.

"The silver lining to all of this is that many of us have AWAKENED to the problem."

"The overt discrimination and segregation of society, based on immoral and fundamentally illegal proof of (kill shot) mandates."

"Our awareness needs to translate into ACTION."

"Illinoisans are ready to RISE UP, STAND UP and SHOW UP to end these tyrannical public health orders!"

"Attend a rally. Respond to calls to action."

"Sign up to volunteer. Donate to support our organization. We need YOU!"

Tyranny is the law of the land throughout most of the US/West and elsewhere.

Rise up and take a stand against what no one should tolerate is NOW!