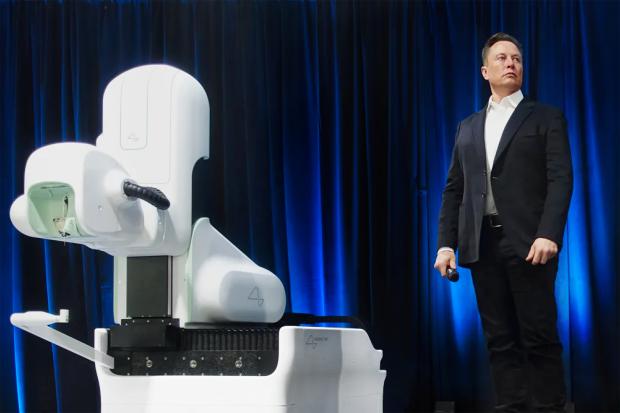 Soon the coin-shaped devices could allow patients to operate computers using only their thoughts.

But in spite of the never-ending momentum for the world's richest man, scientists are worried about the company's oversight, the potential impact on trial participants, and whether society has meaningfully grappled with the stakes of fusing Big Tech with human brains.

"I don't think there is sufficient public discourse on what the big picture implications of this kind of technology becoming available [are]," said Dr. Karola Kreitmair, assistant professor of medical history and bioethics at the University of Wisconsin-Madison.

"I worry that there's this uncomfortable marriage between a company that is for-profit… and these medical interventions that hopefully are there to help people," she added.

Last week, news broke that Neuralink is hiring a clinical trial director to help manage its first cohort of human patients. (The company has already tested its brain-implants on a monkey and pigs.)

The five-year-old startup's initial aim is to help alleviate certain disabilities, like enabling paralyzed people to control their computers and mobile devices through brain activity. Musk has signaled far larger ambitions down the road, however. He previously outlined his vision to help humans achieve "symbiosis" with artificial intelligence to avoid being "left behind" by machines.