> US hacker 'in his pyjamas' takes down North Korea's internet -- - pirateswithoutborders.com

US hacker 'in his pyjamas' takes down North Korea's internet -- 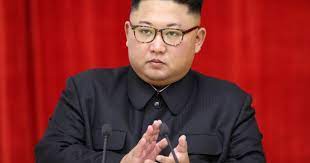 The hacker, who has been named only as P4x, launched repeated DDoS attacks

Such attacks overwhelm a target's servers bringing down their websites

An American hacker 'in his pyjamas' has taken down North Korea's internet in revenge for a cyber attack carried out against him by Pyongyang.

The hacker, who has been named only as P4x, launched repeated 'distributed denial of service' (DDoS) attacks against the communist state, crippling the country's few government-operated public-access websites and slowing email traffic.