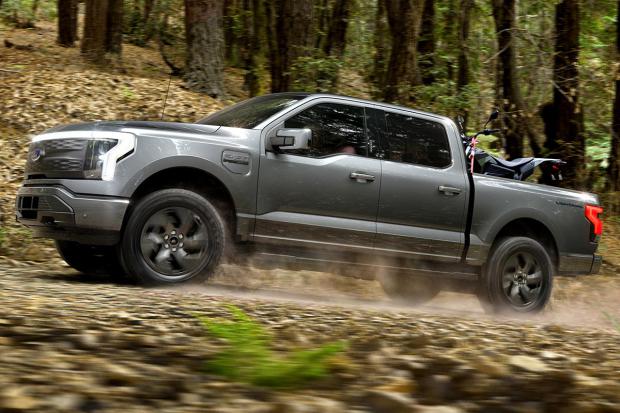 But how exactly will that work at home, and how much will any given EV be able to power around the house? Ford has provided a closer look at how the upcoming F-150 Lightning's 131-kWh extended-range battery will keep the lights on in the average American home.

Ford didn't initially announce the size of the F-150 Lightning's two battery pack options when it introduced the electric pickup last May, opting instead to provide estimated range figures. It made battery capacity figures public later in 2021, revealing that the standard-range model has a 98-kWh battery and the extended-range version a 131-kWh pack. Those batteries are said to be good for an estimated 230 and 300 miles (370 and 483 km) of range, respectively.

Ford said from the get-go that the F-150 Lightning would be capable of serving as a backup power source, and now it reveals that the 131-kWh battery will be able to power the average US home for days on end. When connected via the Ford Charge Station Pro and Home Integration System, the F-150 will automatically take over powering the home if grid power goes down. Using its bidirectional charging capabilities, Ford's system will send up to 9.6 kilowatts of power into the home. When the grid goes back online, the system automatically switches the home back to electrical grid power.

Estimating average US household consumption at 30 kWh per day, Ford says that the Lightning can meet an average household's entire energy needs for up to three days. That 30-kWh figure jives with figures from the US Energy Information Administration, which indicates that the average US residential utility customer used 893 kWh per month in 2020, breaking down to 29.3 kWh per day during that particular leap year. Ford further clarifies that the Lightning battery can power a home for up to 10 days when combined with solar charging and/or power rationing strategies.